Vimentin, SUMO’s new friend; together they have an impact on the motility of cancer cells

The research teams of Pierre Thibault and Gregory Emery from IRIC have just opened up a new avenue to better understand how cancer cells migrate and move. They published an article in Nature Communications detailing their discovery, where they leveraged mass spectrometry and cell motility assays.

The story began when the researchers became interested in PIAS1, a protein in the “SUMO ligases” family, which attaches a small protein, called “SUMO”, to other proteins in specific ways. The effect of this modification remains to be determined in each case, but so far, several consequences have already been observed, ranging from the relocation of proteins in the cell to their degradation, as well as regulation of the cell cycle.

Studies have also found that PIAS1 is overexpressed in different types of cancer, including prostate and lung cancer, as well as multiple lymphomas and myelomas. Would this overexpression contribute to the progression of cancer? To answer this question the researchers conducted a series of experiments involving PIAS1, starting with a large-scale screen to uncover all proteins “sumoylated” when PIAS1 is overexpressed.

To do this, the IRIC team compared the sumoylated protein content of normal cells and cells that overexpressed PIAS1. They purified the proteins “tagged” with one or more SUMO and determined their identity by mass spectrometry.

Unfortunately, this approach generates a lot of background noise and leads to several proteins being “sumoylated” by proteins other than PIAS1. To work around this problem, the researchers used a quantitation technique using stable isotope labeling to identify proteins whose sumoylation depended specifically on the presence of PIAS1. The strategy allowed them to refine their search: of the 544 sumoylated proteins they identified in their screen, 62 depended on PIAS1.

In this collection, a protein particularly caught their attention: vimentin.

Vimentin is a protein that forms long filaments that are part of the cytoskeleton of cells with microtubules and actin filaments. Why does vimentin end up sumoylated? Would this modification have a link with the progression of cancers? The researchers then tackled those questions.

They first compared the behavior of cells that expressed either a normal form of vimentin or a mutant form where the sumoylation sites were eliminated. By carrying out a cell migration experiment, the teams of Pierre Thibault and Gregory Emery concluded that vimentin must be sumoylated in order to stimulate the migration and the motility of the cells. In another series of experiments, they understood why: the sumoylation of vimentin facilitates the assembly and disassembly of vimentin filaments.

Through this work, IRIC researchers shed some light over a new avenue to explore in order to understand the behavior of cancer cells. However, more work will be required to determine whether this could lead to the development of therapeutic molecules to fight cancer. 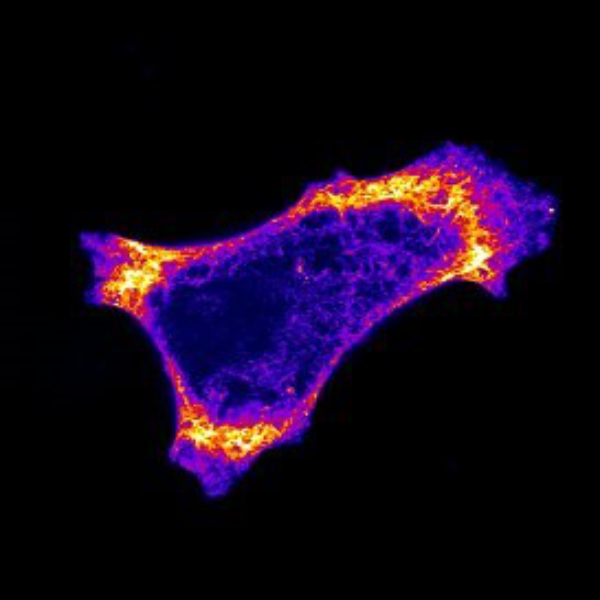