Opioids are drugs with analgesic properties that are used primarily to relieve pain. However, the problematic consumption of these drugs and the disorders associated with their use are leading the scientific community to explore new therapeutic avenues to fight pain, notably through non-opioid treatments.

Certain receptors of the nervous system involved in the treatment of pain are therapeutically validated and are of the non-opioid type. For example, the α2A-adrenergic receptor (α2A-AR) is a G protein-coupled receptor (GPCR) that is activated in the central nervous system to provide analgesic effects. Therapeutic molecules (dexmedetomidine) target this type of receptor but have side effects (such as sedation) that limit its use to hospitals.

The project is the result of an international collaboration between research groups from different fields: Brian Shoichet and Allan Basbaum, both researchers at the University of California San Francisco, Peter Gmeiner from Freidrichs Alexander University in Germany, Yang Du from the Chinese University of Hong Kong, and Michel Bouvier, IRIC’s Director General and Director of the Molecular Pharmacology Research Unit. This work is published in the journal Science.

Bouvier’s GPCR expertise at the heart of the project

In this search for non-opioid analgesic molecules, more than 300 million molecules were virtually analyzed via computational tools, in order to identify those capable of activating the α2A-AR receptor while having no chemical link with already known drugs.

From this screening, 17 molecules were selected. The characterization of the profiles of the signaling pathways activated by these molecules, in particular by using the BRET biosensor platform developed by Michel Bouvier’s laboratory, revealed that several molecules acted as complete or partial agonists of the α2A-AR receptor. These molecules preferentially and selectively activated Gi, Go and Gz protein subtypes, in contrast to known drugs (such as dexmedetomidine) that activate a much broader set of G proteins.

In in vivo trials, six of these previously uncharacterized agonists alleviated pain behaviors. Unlike dexmedetomidine, none of the new compounds caused sedation, even at doses significantly higher than those required for pain relief.

The discovery of these molecules with non-sedating analgesic properties opens new therapeutic perspectives in the treatment of pain. 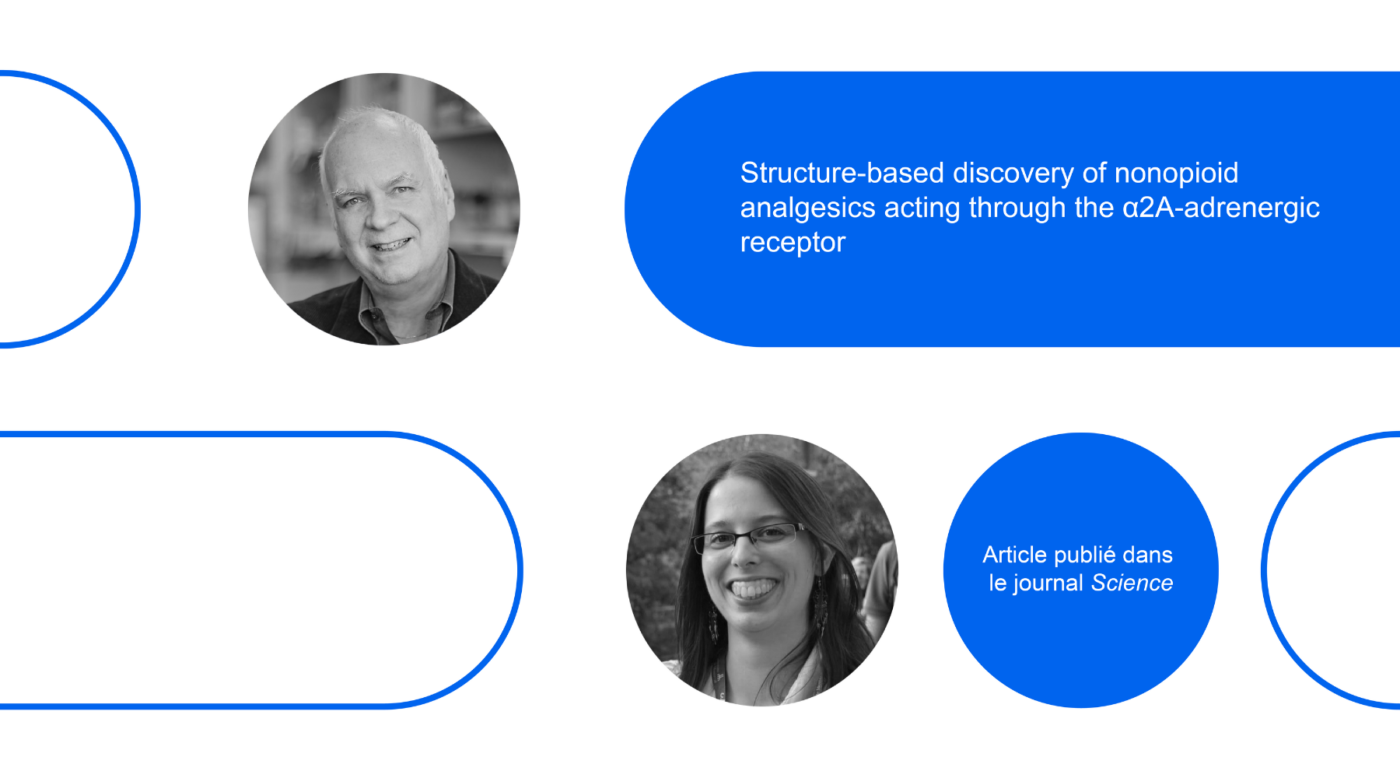