November 2022 marks the 40th anniversary of a key encounter that allowed Robert Patenaude to become one of the first recipients of a bone marrow transplant in Canada. Here is a look back at the story that has united Robert Patenaude and Claude Perreault for four decades.

In 1981, Robert Patenaude was a medical student at the Université de Montréal. Then aged 23, he played hockey and was passionate about sailing, in addition to his studies. It was a routine medical examination that detected the disease that had begun to develop insidiously in him: chronic myeloid leukemia (CML). An incurable cancer at the time, CML progresses slowly, developing from abnormal myeloid stem cells that turn into cancerous cells. Back in 1981, the diagnosis was accompanied by a very poor prognosis. In fact, the majority of people with CML died of the disease within two years. Robert Patenaude was given only a few months to live.

A decisive meeting that brought hope

Healing, then giving back a hundredfold

The success of this transplant allowed Dr. Robert Patenaude to resume his activities and lead an active life. He completed his medical studies and embarked on a long career as an emergency physician. Postponing his retirement in order to contribute to the medical community’s efforts in the face of COVID-19, he continues to work part-time, filling in at the emergency room in various regions of Quebec. This gift of self, this desire to help, was not only at the heart of his professional career, but in many facets of Dr. Patenaude’s life. Eager to share his experience and popularize leukemia, Robert Patenaude published three books: Les maladies malignes du sang, Survivre à la leucémie and 24 heures à l’urgence.

His experience also sparked in him the desire to get involved in the cancer cause. The unique bond between him and Dr. Claude Perreault led him to get involved in supporting research conducted at IRIC. An avid sailor since his youth, Robert Patenaude has participated in multiple editions of the Bermuda One-Two race aboard his sailboat Persévérance, as part of the Persévérance Campaign for the benefit of IRIC. He also participated in the Twostar Race, a double-handed transatlantic race, and in the Québec-Saint-Malo transatlantic race in a Class 40 sailboat. A tireless ambassador, Robert Patenaude then became captain of the Perseverance Challenge, a sports event benefiting research, renamed IRIC Great Challenges Against Cancer since 2014. Since 2010, the IRIC Great Challenges Against Cancer have awarded more than 2 million dollars in scholarships to the Institute’s next generation of scientists.

The Patenaude-Perreault collaboration again bore fruit in 2020, with the establishment of the Fonds vaccin thérapeutique contre le cancer. Initiated by a personal contribution of $25,000 from Robert Patenaude, this fund aims to support the work of IRIC research teams involved in the development of therapeutic vaccines against cancer. The donations obtained have since enabled the laboratories of Claude Perreault, Pierre Thibault and Sébastien Lemieux to obtain promising preliminary results for ovarian, breast and lung cancer, melanoma and acute myeloid leukemia. In the coming years, the approach could be extended to other types of cancers and clinical trials should be initiated.

In 1981, most people with leukemia survived only a few months. Today, blood cancers have shown the greatest improvement in survival, with the survival rate for CML in Canada now around 60%. These advances are considerable and have been made possible by the daily work of the scientific community. However, there is still a long way to go for all types of cancer. At the dawn of its 20th anniversary, IRIC continues to participate in cancer research efforts, helping to push back the limits of our knowledge and improve the therapeutic tools available, for the benefit of patients.

If you can, contribute to this great story by making a donation to Fonds vaccin thérapeutique contre le cancer. 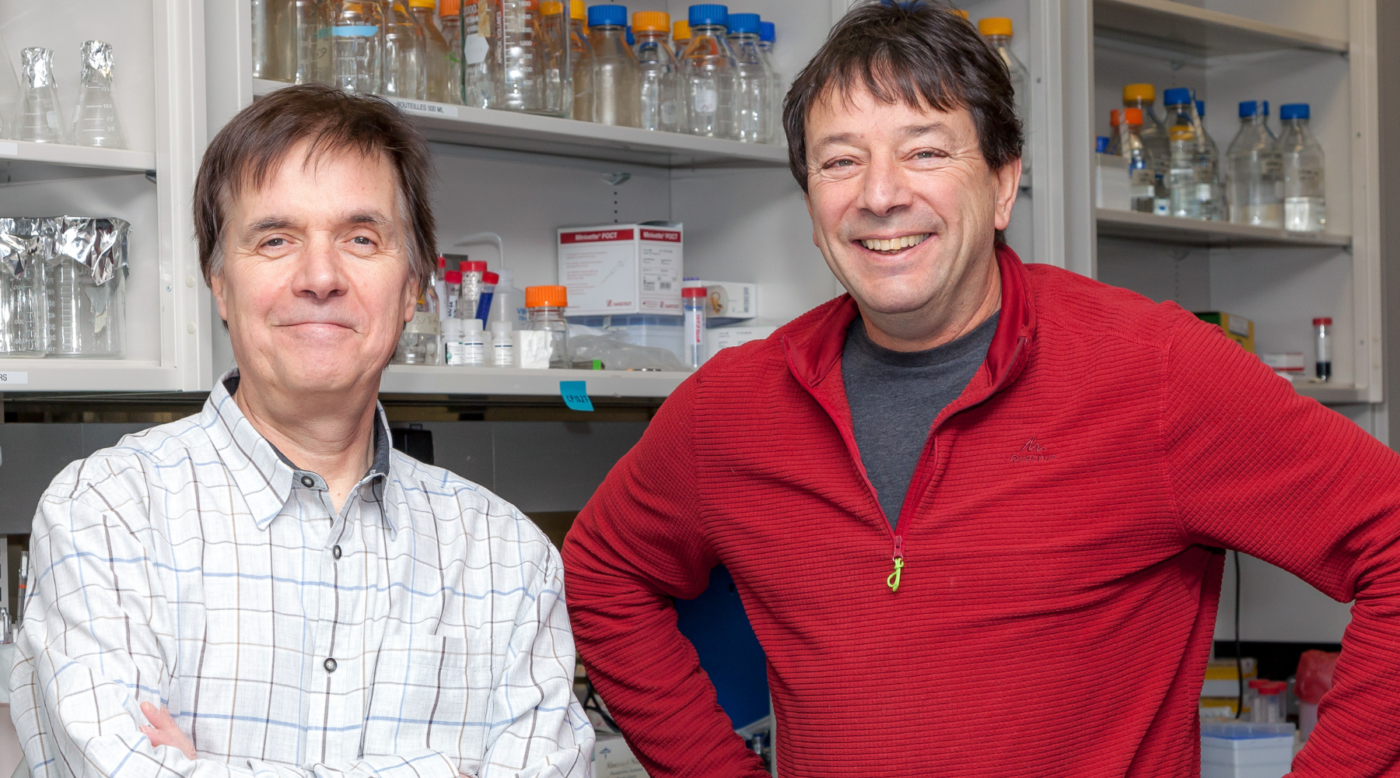