IRIC is proud to announce that Samuel Mailhot-Larouche, a Ph.D. student in Molecular Biology at the Institute, has been awarded a Vanier Canada Graduate Scholarship. This research scholarship is awarded annually by the Canadian government, as part of a program aimed at attracting and retaining world-class doctoral students. The program rewards those students for their academic excellence, their research potential, and their leadership skills.

Samuel will benefit from $50,000 in financial support per year for 3 years, from the Canadian Institutes of Health Research (CIHR) for his project titled: “Targeting M3R’s internalization to treat Asthma and COPD”.

Along with his Ph.D. studies at IRIC, under the supervision of Michel Bouvier, Samuel is also pursuing his medical degree at the Université de Montréal. He holds a M.Sc. in Experimental Medicine from Université Laval.

His research project is the continuity of a project begun while studying for his Master’s under the supervision of Dr. Ynuk Bossé. Its main objective is to develop a more effective new treatment for treating asthma and Chronic Obstructive Pulmonary Disease (COPD), affecting about 435 million people worldwide.

During the course of his studies at Université Laval, his career path was enriched by several research experiences in various areas such as oncology, mental health and pneumology. He has also taken part in writing eight scientific articles, six of which as lead author, covering a wide range of pneumology-related topics, including respiratory physiology and asthma. He has taken part in several international conferences to present his research. Samuel’s academic career can be traced through the many awards and scholarships he has received, for both his academic achievements and his skills as a communicator.

In his application, Samuel’s leadership comes through in different ways. Even as a teenager, he had already developed some of his leadership skills by getting socially involved in his home community in lac St-Jean. Samuel is known among his colleagues in medicine for being a research ambassador. In fact, he is Co-President of the Rassemblement étudiant en recherche médicale de l’Université de Montréal, whose objective is to promote research among medical students through various activities. Samuel also has a humanistic view of the world that we live in and is concerned with several societal issues such as social inequalities and global warming. Along with medicine, his interests include sports and politics.

Samuel’s professional ambition is to put his multidisciplinary training to good use in order to become an influential medical researcher who aims, through his medical practice, to improve the respiratory health of his patients and, through his research, contribute to developing new treatments in order to ensure better management of respiratory disorders. 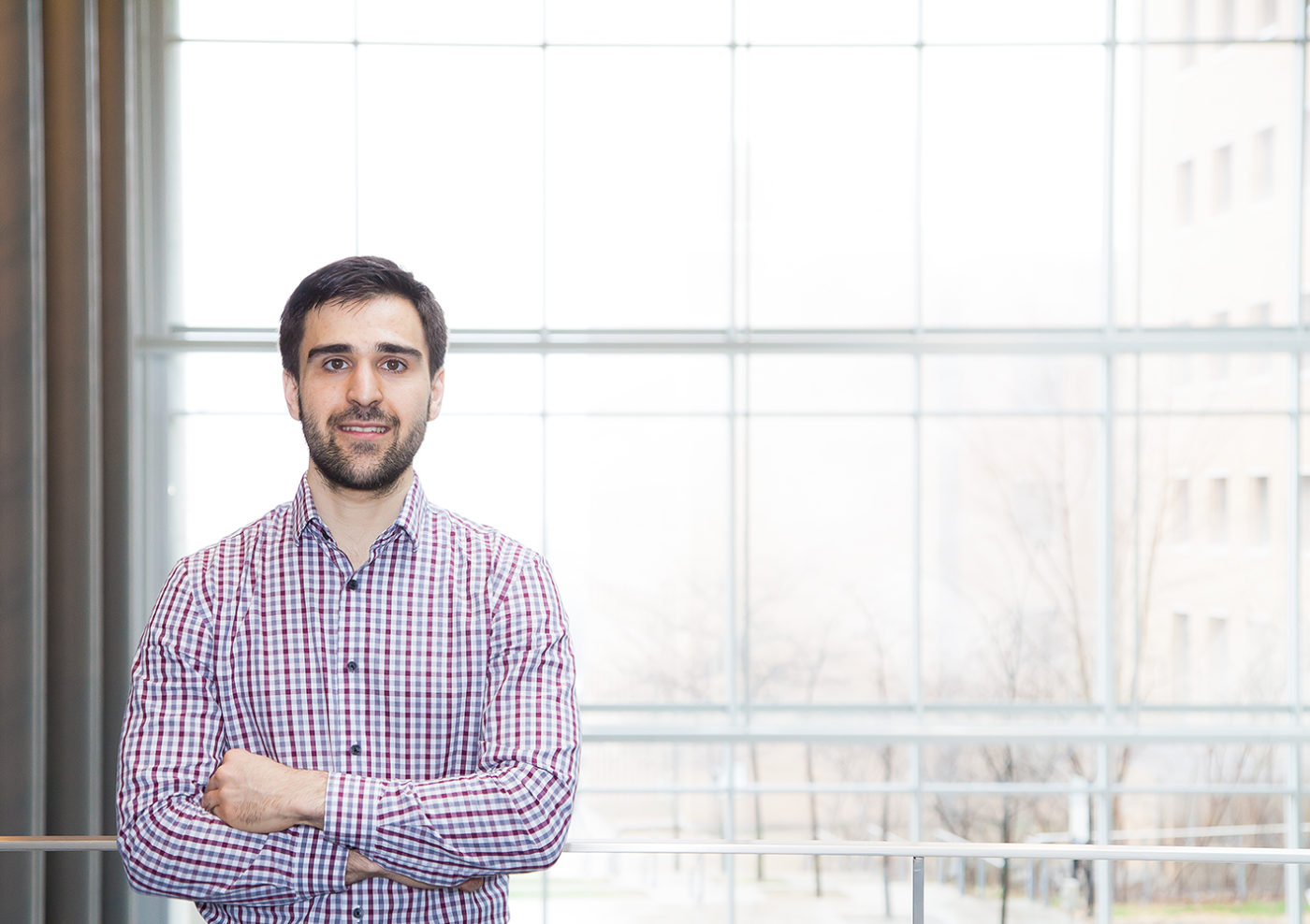 More details about the project

Asthma and Chronic Obstructive Pulmonary Disease (COPD) are lung disorders affecting nearly 435 million people worldwide. Moreover, COPD is the third leading cause of death in the world. Both asthma and COPD are characterized by breathing difficulty caused by the obstruction of airways. The obstruction involves the contraction of a muscle that compresses the airways through the activation of a type of receptor, the M3R. Nevertheless, the drugs that block the M3R currently being used in clinics also induce an escape mechanism of the muscle cell that increases the number of M3R receptors on its surface, allowing it to be more easily activated. The mechanism aggravates bronchial hyperresponsiveness, a characteristic of asthma related to the severity of the disease’s symptoms. In short, these drugs currently being used to treat asthma and COPD result in short-term benefits by blocking the receptor, but can aggravate respiratory disorders in the long-term by increasing the number of receptors on the surface of the muscle cells.

This project intends to evaluate a new approach for targeting the M3R that would be more effective in the long-term by decreasing the number of M3R receptors on the surface of muscle cells instead of just blocking them. In an over-activation situation, the M3R receptor decreases its expression through a phenomenon known as desensitization. Earlier, Samuel demonstrated that this desensitization of the M3R could have major benefits by completely reversing bronchial hyperresponsiveness in a murine model of asthma. This project therefore attempts to develop a molecule that would selectively induce the molecular signalling pathways responsible for desensitization of the M3R in order to treat asthma and COPD.

To accomplish this, firstly, the molecular pathways responsible for desensitization will be characterized in tissue and cell models by using molecular biology techniques. Secondly, the compounds currently known for interacting with the M3R will be tested in order to assess their capacity to selectively induce desensitization of the M3R. Thirdly, these compounds will be chemically modified in order to optimize their efficacy. Finally, their potential clinical benefits will be assessed in a murine model of asthma, as well as on human tissue.