CQDM is proud to announce that the project led by Michel Bouvier from the Institute for Research in Immunology and Cancer (IRIC) of the Université de Montréal and the biotech Domain Therapeutics was awarded the RSRI Recognition Award during the ADRIQ Innovation Prize Gala held on November 21st.

This CQDM-funded project has received $1.8M over three years for the development of a GPCR‑Specific Biosensor Technology. GPCRs are membrane proteins that offer tremendous potential in pharmacological research to monitor the efficacy of drugs at the cellular level. Based on a public-private partnership, Michel Bouvier’s project exemplifies the collaborative approach promoted by CQDM. 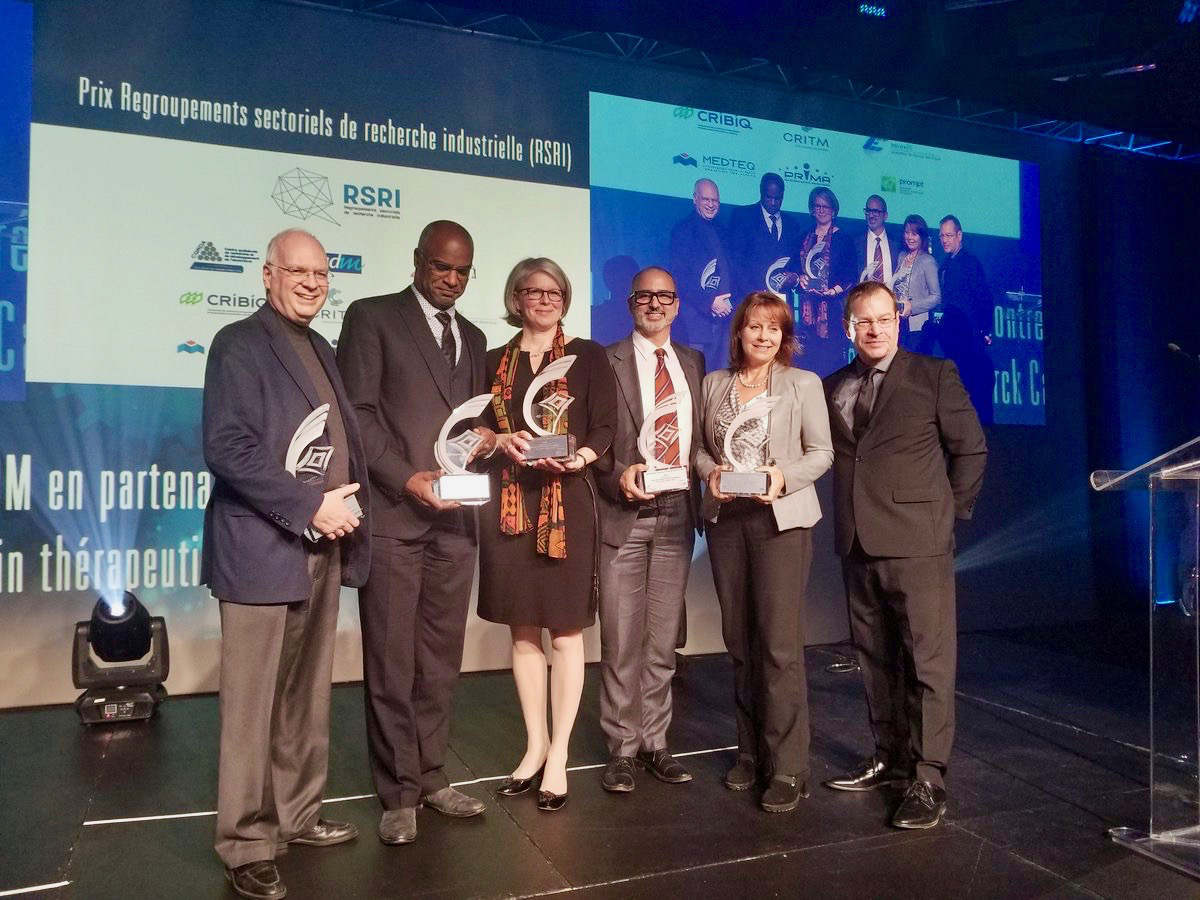