Vimentin: filaments whose role is far from trivial

A collaboration between European investigators and the team led by Philippe Roux of IRIC resulted in discovering the unsuspected role of vimentin intermediate filaments in cell division. That discovery is now the subject of an article in the prestigious scientific journal Developmental Cell.

As soon as the oocyte is fertilized, a series of cell divisions occur, first generating 2 cells, then 4, then 8…until the creation of a new living being made up of billions of cells. Although the cell division process has already been scrutinized by many specialists, some grey areas still remain. It was while attempting to shed light on one of them that the group of investigators made its discovery.
The group focused on a specific stage of cell division, when cells are rounded up to allow chromosomes to align in their centre. The cells take that shape thanks to a network of actin filaments, a component of their skeleton, which lines the inner surface of their cell membrane. By wanting to find out if other proteins were attached to the actin network at that specific moment, the investigators discovered the presence of vimentin.

According to the investigators’ results, the vimentin filaments take part in the assembly of the actin layer, and also act as a type of shield, preventing the actin network from extending towards the centre of the cell.
The discovery is important because it uncovers a potential new therapeutic target to attack various types of cancer. According to the authors of the study, the over-abundance of vimentin in many cancers could in fact be the result of its role in cell division. By expressing more vimentin, cancer cells could more easily extract themselves from their confinement in order to become rounded and then divide. 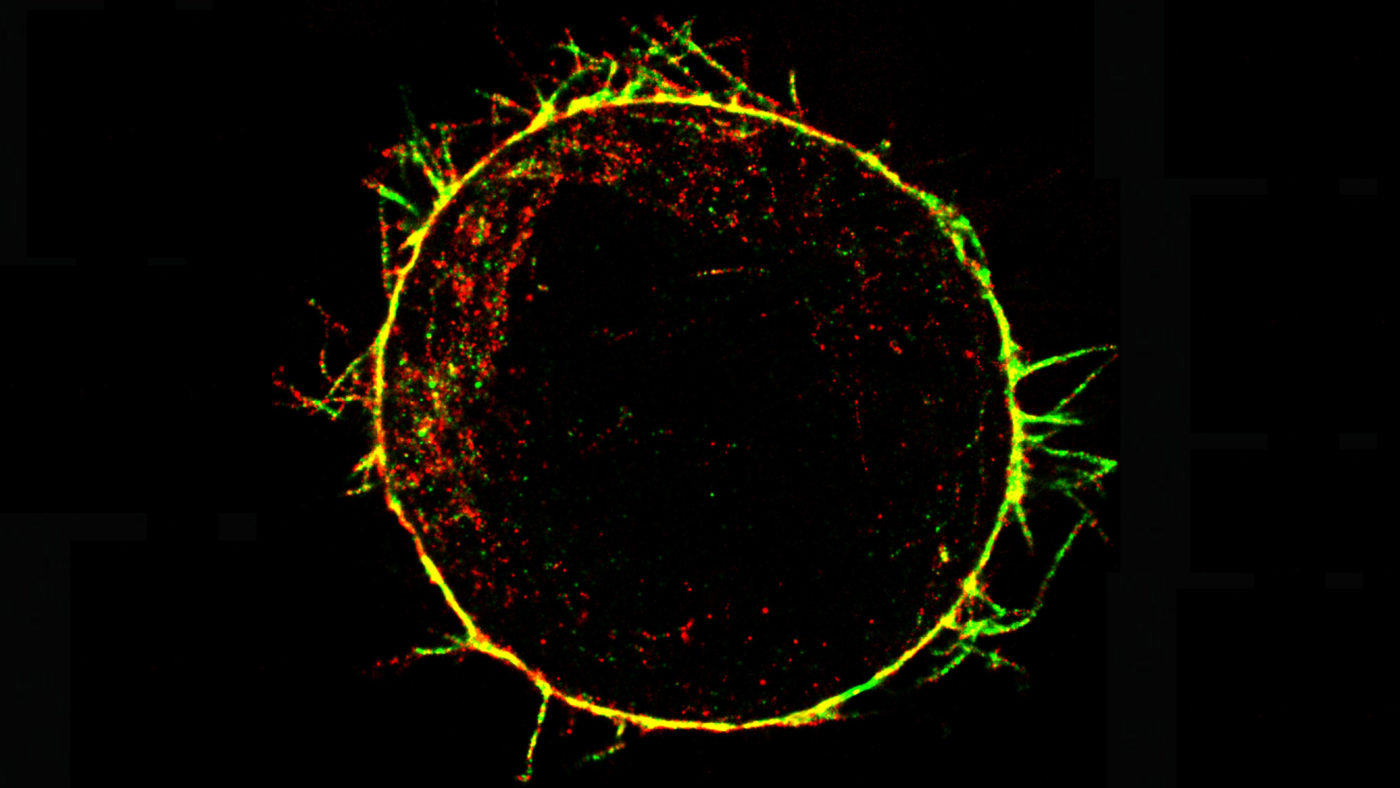