We are pleased to announce that Thomas Milan and Myreille Larouche are joining the IRIC communication team as Communications and Media Relations Agent.

Thomas and Myreille were able, during their PhD, to demonstrate extraordinary capacities in communications, scientific outreach and in project management. In particular, they proved their worth by organizing the very successful Behind the Scenes Research event. They will join the collective effort to promote the Institute and work to continue to increase its notoriety.

Thomas Milan completed his PhD in Molecular Biology at IRIC from 2016-2021 in the lab of Brian Wilhelm. He worked on genetic mechanisms involved in a pediatric leukemia. During his career, he was widely involved in the social and scientific life of the institute, notably through his role as president of the AÉIRIC for two years. He is one of the instigators of the scientific outreach project “Dans les coulisses de la recherche”, a flagship event of IRIC which had its 3rd edition in February 2020. To complete his education, Thomas obtained a DESS in business administration at HEC Montreal in 2021. Thomas is passionate about scientific communication. He was a member of the reading committee of the UdeM journal ‘Dire’ for 2 years and won a jury prize at the Canadian final of the “Three Minute Thesis” contest last June.

Myreille Larouche has completed her Ph. D. in Biochemistry and Molecular Medicine in the lab of Vincent Archambault, at IRIC, from 2015 to 2021. Her thesis work focused on mitosis regulation in the fruit fly Drosophila. During her studies, Myreille was involved for five years with the IRIC’s student association to represent her peers and participate in the institute’s social life. She also contributed to multiple scientific dissemination initiatives, such as the science outreach event « Dans les coulisses de la recherche » and the Eureka Festival. She writes for Point-Science, a collaborative platform encouraging graduate students to produce texts for the general public. Her interest for the interplay between science and society led her to collaborate with the Acfas and the Science & Policy Exchange organization.

We are delighted to welcome Thomas and Myreille to the team and we wish them all the best in their new duties. 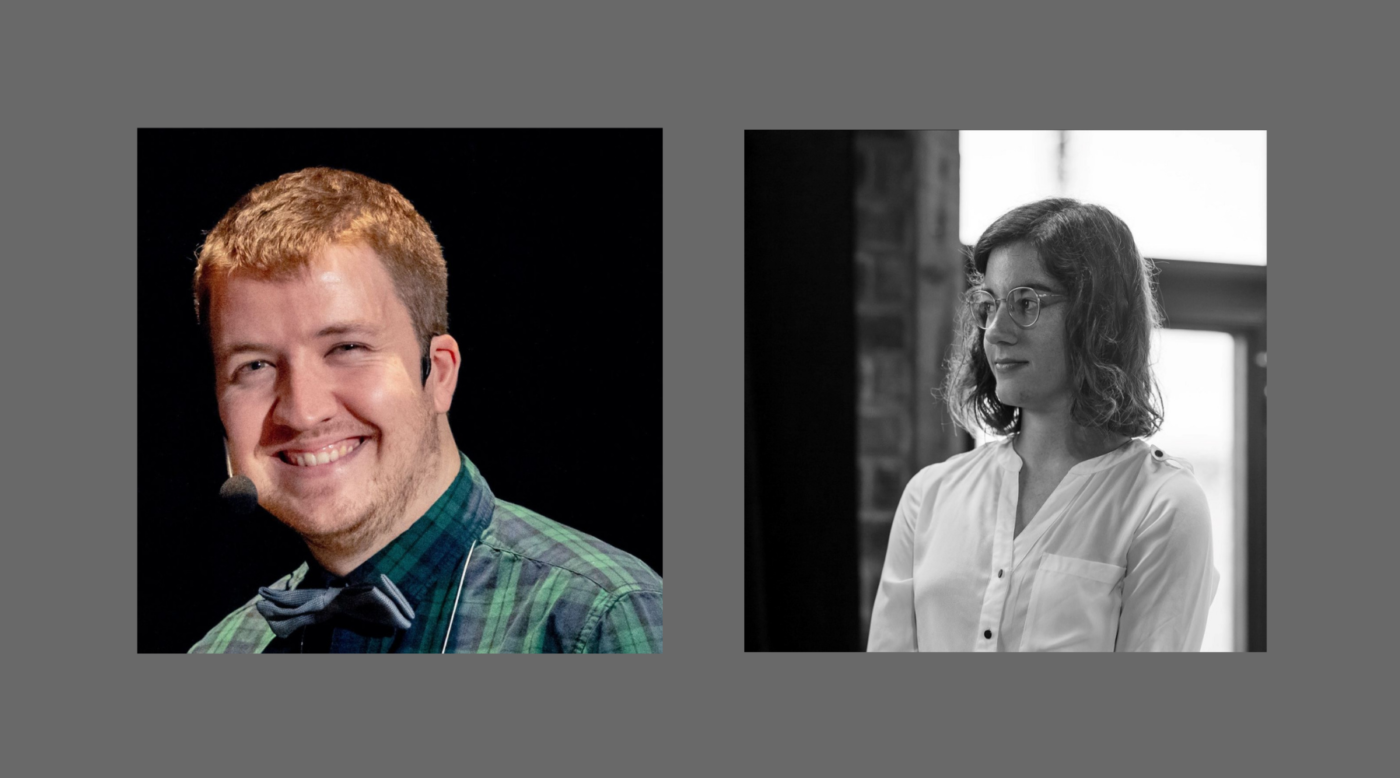