Following a meeting of the Executive Committee, held on December 7, the Université de Montréal announced the continuation of Michel Bouvier’s mandate as Chief Executive Officer of IRIC for a third one-year term.

Mr. Bouvier is a Full Professor in the Department of Biochemistry and Molecular Medicine of the Université de Montréal’s Faculty of Medicine. He is also a Principal Investigator in the Molecular Pharmacology research unit at IRIC. He holds a Canada Research Chair in Signal Transduction and Molecular Pharmacology and is a member of the Canadian Academy of Health Sciences (CAHS), the Royal Society of Canada (RSC) and the Canadian Institute for Advanced Research (CIFAR).

The research conducted by Mr. Bouvier has resulted in extraordinary advances, notably a deeper understanding of GPCRs (G protein-coupled receptors). An undisputed expert on the subject, Mr. Bouvier’s work has earned him many awards and much recognition, including the prix Wilder-Penfield in 2017, as part of the Prix du Québec, the highest distinction bestowed by the Government of Quebec in the scientific field, and the 2021 Killam Prize in Health Sciences awarded by the Canada Council for the Arts to active Canadian scholars who have distinguished themselves through sustained excellence, making a significant impact in their respective fields. In fact, in 2014, he was in the top 1% of the most frequently cited scientists internationally, according to the list drawn up by Thomson Reuters.

Along with operating his laboratory and serving as a mentor to his students, he has the responsibility, as Chief Executive Officer, of ensuring the short-term and long-term success and growth of IRIC. He will also continue to lead the Institute and manage its personnel in such a way as to achieve its strategic goals, while at the same time acting as its representative with the University and other organizations.

While he has been at the helm, the Institute’s reputation has continued to grow, along with its scientific excellence, making it a key player in the fight against cancer. 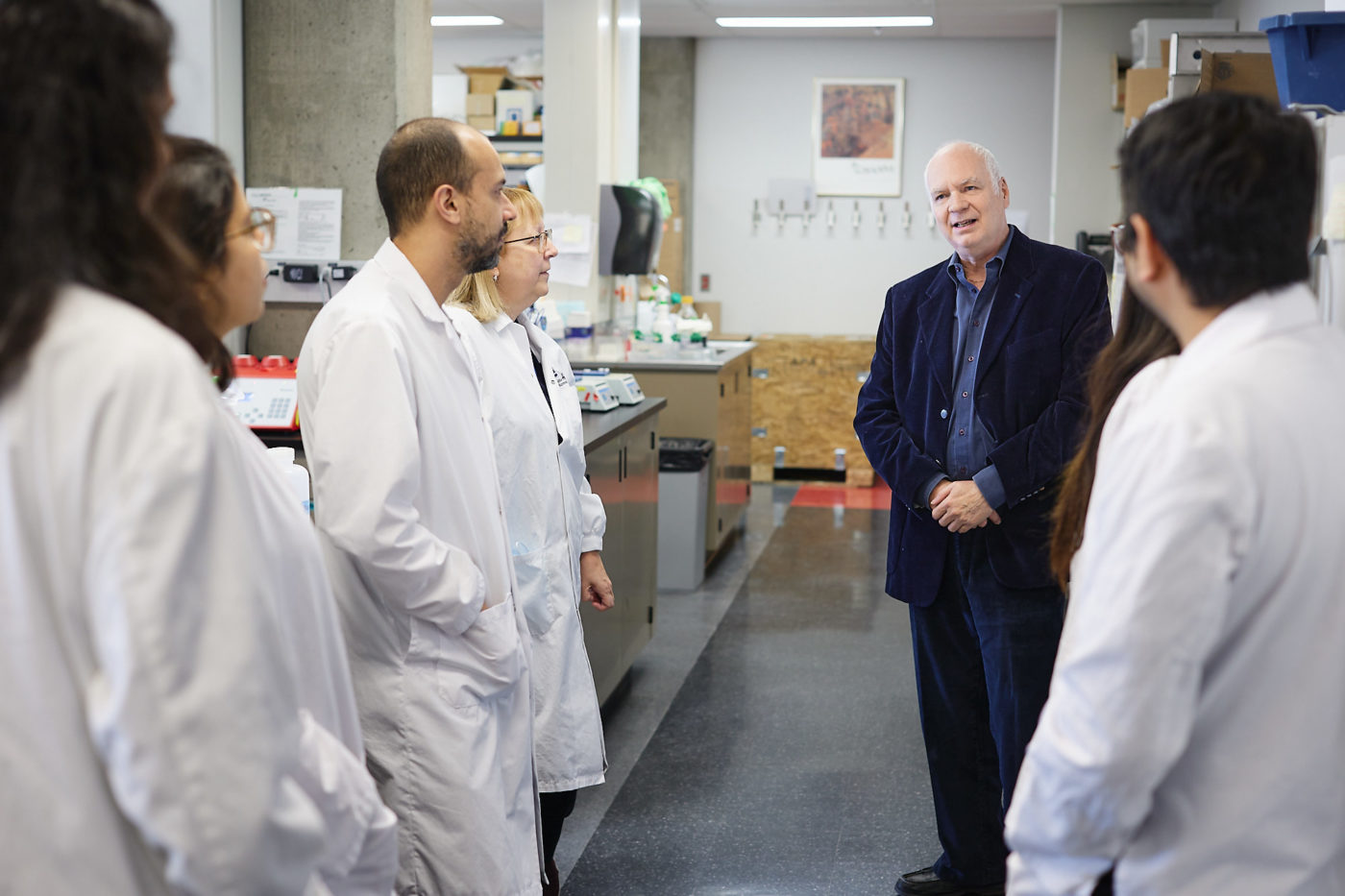